When the epidemic situation becomes complicated and children are forced to stay at home, they rely more on the Internet and social networks, thereby pushing the actual number much higher than the 40% mentioned above. So why teen sexting is getting higher during COVID?

Sexting is the behavior of sending, receiving, or forwarding sexually explicit content via text or email. Although the term “sext” appeared more than 10 years ago when the concept of exchanging, storing sexually related images or messages is not new. The evidence is that historically, these materials have been distributed through drawings, photos, and videos.

Then, with the advent of the internet, electronic devices and social media became tools to make it easier and more powerful than ever to simplify and spread sexual material. With just one click, a photo can be widely distributed to many others.

And once this content has been distributed, it will exist forever on the Internet, there is no way to delete it permanently. This is known as a digital footprint.

Why teen sexting is getting higher during COVID?

Children’s time using electronic devices has doubled in May (2021) compared to the same period the previous year. Besides, the current average age for children to get their first phone is 10.3 years old and almost half (46%) of 12-16-year-olds feel they are addicted to smartphones.

Proportional to the time spent on the phone, the amount of time children spend on social networks is constantly increasing. Teenagers now spend up to 9 hours a day on social platforms and that continues to increase dramatically especially during times of social distancing.

As time spent on social media increases, children are more exposed to harmful content (such as content that promotes sexting analyzed below), online attackers, and more.

The urge to do “new” things

Being constantly at home makes children (and adults) easily feel bored and motivated to do something new, leading to many children viewing sexting as one of the “exciting” behaviors to do during the epidemic season.

However, what adults and children differ is: children’s prefrontal cortex is not fully developed. In other words, adolescents are often impulsive because the prefrontal cortex, which plays an important role in controlling temperament and personality, is not yet fully developed. At this age, your child will be faced with fluctuating hormone levels, mood swings, and emotional changes that keep your child from being mature and wise enough to manage these issues safely.

Teen sexual harassment - 8 step-to-step parenting guide
Take these 6 advices and you will know how to talk to your daughter about sexting, successfully

Online predators use social media platforms, communities, peer-to-peer networks, group chats to disguise as children, entice other children to send them sexually explicit images/videos, which they can then distributed and/or used to blackmail the child into other forms of sexual exploitation. Lots of children who severely suffer from mental consequences of sexting, they are always in a worried-mood of people they meet will recognize them in those materials.

According to sexting facts and statistics, child pornography materials saw a 30% increase during the epidemic period in 2020 compared to the previous year. Online predators entice children to achieve the ultimate goal of sexually harming children in real life. However, the epidemic has forced people to social distance, so these attackers have become even crazier and are looking for new and more interesting genres of child pornography to satisfy their own desires.

From there, they find ways to reach more children, using more sophisticated tricks to entice children to send them pornographic images and videos. That’s why online enticement reports are up 98% in 2020 compared to 2019.

Recently, there have been complaints about Snapchat and Teen Vogue encouraging teenagers to create “child pornography” during social distancing through sexting.

Examples of some messages from Teen Vogue:

Meanwhile, Snapchat promotes these messages of Teen Vogue through Snapchat’s Discover feature, allowing users to discover new content. Snapchat is quite popular among teenagers with 218 million daily active users worldwide, as of Q4 2019. And almost half of the users watch Discover daily. That’s why teenagers are at extremely high risk of getting these misleading messages about Sexting.

What are the consequences of sexting?

For example, your teenage daughter is in a romantic relationship with a young man at school. You two start dating and your daughter is asked to send her intimate photos to her boyfriend. Then, for some bad reason, the two broke up. In a fit of rage, the guy your daughter is dating may well send some sensitive photos of your daughter (which she voluntarily sent him) to a bunch of his friends.

Or even worse, publish photos to websites, Facebook groups, Snapchat, WhatsApp, etc. where adults are watching.

To preserve their reputation, many young people, after being threatened, will try to give the crooks the amount of money they ask for. They were too embarrassed to call their family for help and so decided to take care of themselves. When the problem becomes too serious, many children are severely affected psychologically, leading to suicide or participating in illegal acts to earn money.

Now that you probably have some understanding of why sexting behavior is on the rise during the Covid period, understanding this danger, you need to talk to your child right away and often so that he or she understands what is appropriate and inappropriate for them.

Especially, you need to give your child a trustworthy friend where he can turn to you when he sees something that bothers him or worries him. You can read more about what sexting is, signs your child is sexting, why is sexting bad, what to do if daughter is sexting. 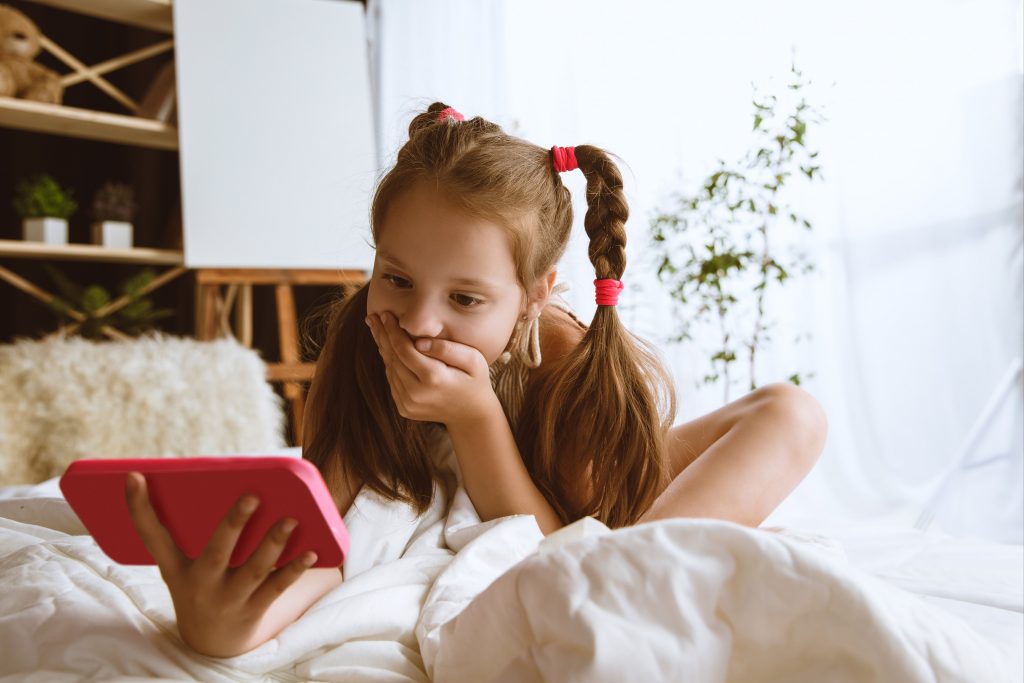 In addition, staying home and using the Internet regularly puts your child at a very high risk of exposure to pornography and other types of inappropriate content such as drugs, accidents, gore, terrorism, murder, etc. Therefore, many parents are now using online content filtering tool – considered by many parents as one of the best free parental control software to hide 15 types of harmful content on the Internet, including: