According to an expert at the American Psychiatric Association’s Annual Meeting, experiencing digital technology can significantly affect their mental health and well-being. Some experts say: “Using social media can be an important factor leading to suicide problems in young people”.

This article will help parents understand the link between social media and suicide in teenagers and analyze what are the most influential effects of social media suicidal situation.

Why are teens most at risk of suicide?

According to research, most people believe that about 10% of adolescents harm themselves, but this rate can be as high as 20%. Besides, most young people report that they start hurting themselves around 12 years old.

Dr. Jamie Zelazny, an assistant professor at the University of Pittsburgh Medical School, thinks that suicide is the second leading cause of death among 10 to 24 year olds. What’s more, the suicide rate tripled among teenagers 10 to 14 years old, as well as in girls, and the suicide rate was significantly higher in African American children under the age of 13. The rising rate of suicide in this age group coincides with the current increasing rate of use of social media.

Dr. Zelazny said that “A study published in 2015 found that the time when children start to have multiple mental health problems is 2 hours.” This means when your child uses social networks more than 2 hours a day, your child is more likely to face mental health issues like suffering and suicide.

In an experimental study aimed at assessing the potential of the impact of social media, Dr. Zelazny and colleagues analyzed data from 15 adolescent suicide taken from the Western Psychiatric Hospital in Pennsylvania.

Although, 73% said they felt supported on social media during difficult times in their life, 53% felt more emotionally connected and 93% felt more connected to their life with their friends. 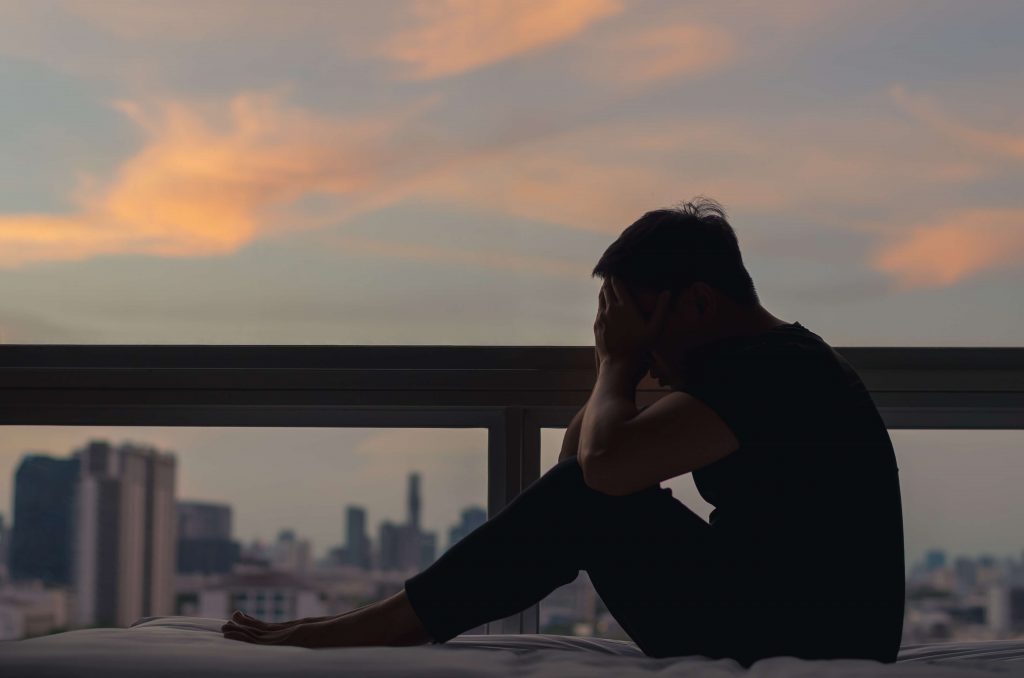 Social media use and youth suicides – How does social media impact your child’s suicide behavior?

However, the article will focus on the 3 most common and serious causes: Reaching suicidal content, self-harm, cyber-bullying, and comparing yourself to others, making children become young adults. should be inferior.

A prime teen suicide case is the death of 14-year-old Molly Russell, who had approached a horrible number of Instagram posts related to anxiety, depression, self-harm and suicide before she took her own life in November 2017.

Following Molly’s death, her family found thousands of posts with pictures and videos of suicide and self-harm on her Instagram account. The investigator also said that some of the content Molly viewed was extremely graphic self-harm materials.

Many people assume that the algorithm used by social networks, like in this case Instagram, pushes similar content towards users based on what the user has seen before. And when Molly saw a few related photos, these contents continued to show up, causing her to fall into a dark rabbit hole filled with the content of self-harm, leading to depressive behavior, then suicide. Investigators show that she might encounter extremely graphic self-harm materials.

Do not forget that your child’s brain develops very strongly and rapidly during this adulthood, so your kids will be more susceptible to external influences, more sensitive, and easier to imitate others actions. One of the extreme suicide pictures Molly saw was one with a cartoon character saying “Who wouldn’t love a suicide girl?”. 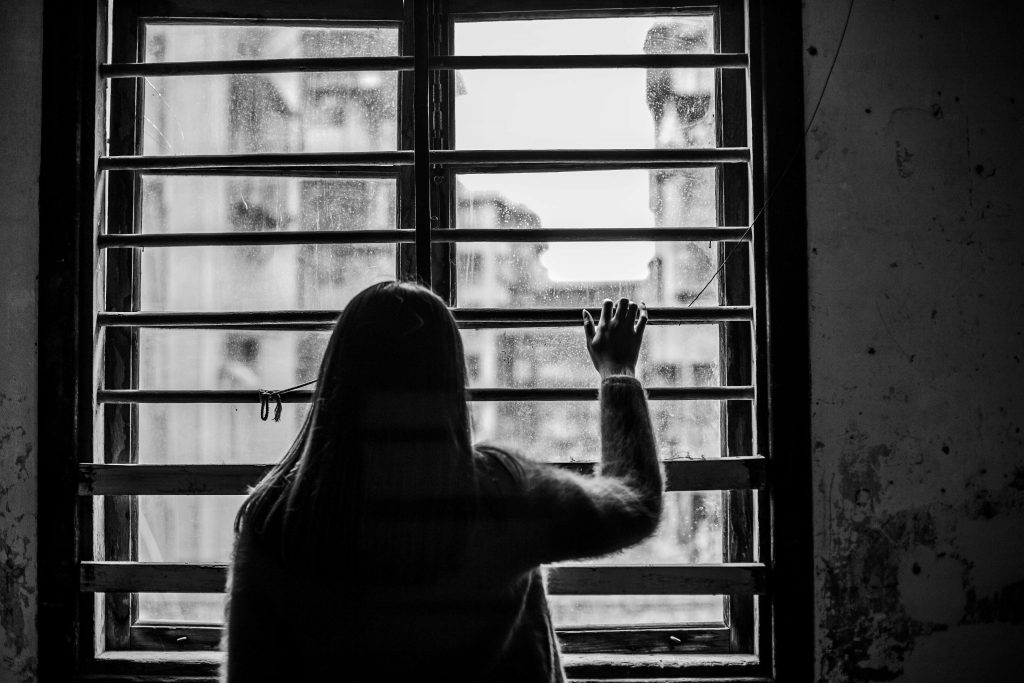 Therefore, you need to help your child stay away from self-harming content as soon as possible. Instead of 24/7 watching them or constantly looking at your child’s screen or strictly banning them from using social networks, you should download online content filtering software to prevent inappropriate content from reaching them, ensuring healthy children’s physical and mental development.

Photo-editing tools and filters can change a person’s appearance, which can create a desire for unattainable perfection. Young people can also have a hard time realizing that not everything they see on Instagram is real.

While unhealthy behaviors can definitely present on almost any social media site, those on Tumblr sometimes “celebrate” unhealthy behaviors such as suicide and extreme diet. Some teenagers even describe self-harm and share positively their eating disorder. 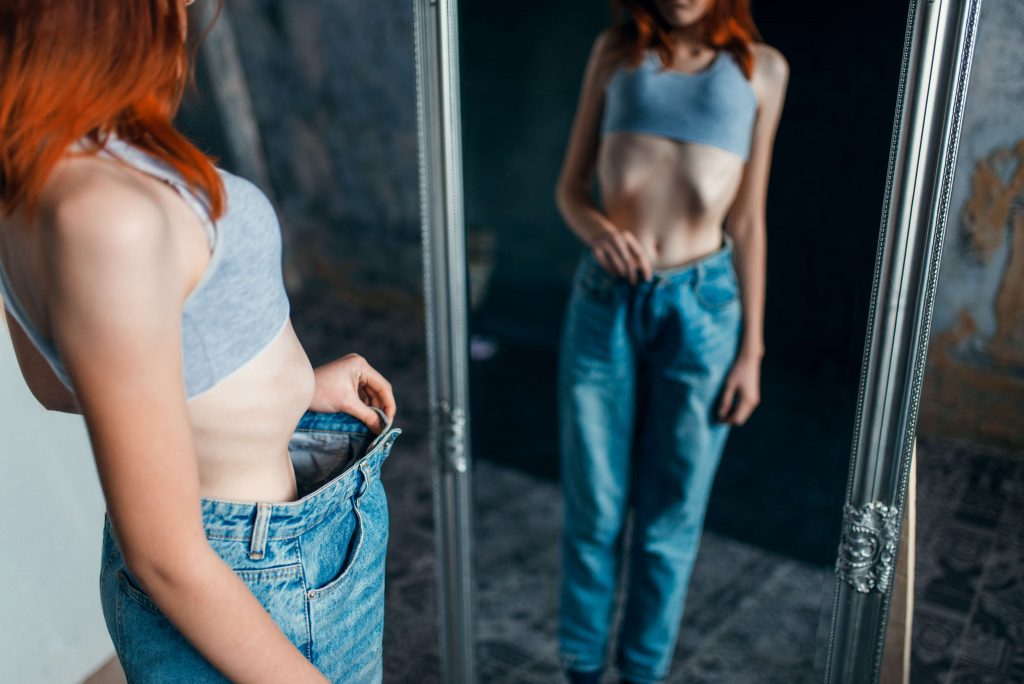 For example, thinspiration, pictures showing slim bodies, exposing attractive collarbones, slim thighs, etc. have caused many teenagers to over-diet to have such a body.

With hot and attractive body images on Instagram and trends like thinspiration, accessing these images every day will gradually make your child constantly and negatively compare their body with others’ bodies, thereby having extremely low self-esteem. Your kids will think that everyone is body shamming them and not making friends with them. This long-term condition can lead to anxiety, depression and even suicide.

So, another link between social media and teen suicide.

When online bullying happens, your child will be able to feel as if he or she is being attacked everywhere, even in the house with their parents. Your child believes there will be no more ways out and this mentality will last for a long time and affect him physically, he will feel tired, insomnia, stomachache, headache. As a result, parents have to watch out for signs of cyberbullying.

But more serious is the mental aspect. I feel uncomfortable, even angry, lose interest in the things I love and feel like being laughed at or harassed by others. This enduring endurance will lead to your own life taking to an end.

Because GroupMe promotes group chat, other children can form “groups” and choose a member as an object (not excluding the possibility that this member is your child) to disdain, tease, make your children feel be boycotted or attacked.

Screenshots can be taken and posted on other social sites, adding to a sense of isolation and aggression. If your child sends sensitive photos in an impulsive moment, with GroupMe’s feature that does not allow deleting messages, your child is very likely to be smeared, teased about his/her body through other social networks.

4 bad things about Tumblr that not all parents know
Teen cutting and Self-harm - know now before it is too late
How to help kids develop a positive self image?