Within the popularity of social media and Internet-connected devices, teens become interconnected with others in the virtual world. They share photos on Facebook, Instagram, Snapchat, instant messaging instead of calling.

However, they are just teens who are in the years of being particularly curious about sex and gender, they haven’t had enough knowledge about the whole world out there.

As a result, sometimes they are not wise and knowledgeable enough to make choices about what is suitable for texting. Unfortunately, an impulsive decision can harm your kids for the rest of their life. Teen sexting is one of these unwise decisions. In this section, we will go into detail about the 9 negative effects of sexting on your child.

Sexting is the sending, receiving or forwarding of pornography or pornographic messages via text message or email. Although the term “sext” appeared more than ten years ago, the concept of exchanging or storing sexually-related images or messages is not new. Historically, these materials have been distributed via drawings, photos and videos.

Then, as the internet came into being, electronic devices and social media became tools to simplify and spread sexual materials easier and more powerful than ever. With just one click, a photo can be widely distributed to many others. And once this content has been spread, it will remain forever on the Internet, there is no way to permanently delete it.

Some sexting-related acronyms that you may need to know in case your child is using to chat with friends about these issues. 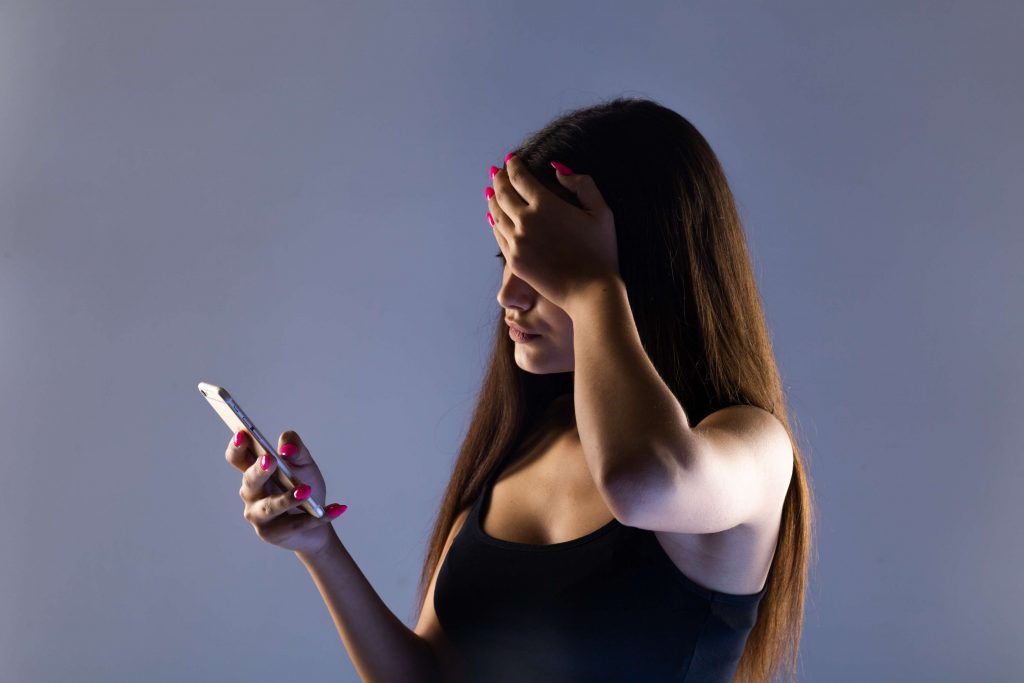 Some facts about teen sexting

Oftentimes, young people ‘sext’ hope they will start a new relationship or receive positive comments about their body, satisfying their self-esteem. Sometimes, they are pressured by friends that they will not cool enough to them if not sexting like them.

The frequent use of technology devices and the lack of knowledge about the law have escalated the phenomenon of teen sexting. They think that indirect communication via phone or Internet devices will be less risky and easier than directly interacting. But importantly, a lot of teenagers think the consequences are not so bad and if they are, they will be an exception and nothing bad will happen to them.

This is a huge factor. When in a gender-curious age, even when your kids accidentally see any pornographic image, they become particularly curious and aroused by nudity. When they keep searching for things about nudity, sex, and everything related, their curiosity gets bigger and bigger.

Finally, sexting will be one of those things that they think they would try to satisfy their needs.

What are the negative effects of Sexting on your child?

Those sexting messages and images will last forever

Teenagers sometimes believe that photos sent via text message, email or even on Snapchat will only be viewable by the recipient. But once sent, these images are completely out of the child’s control. They can be downloaded, copied, forwarded to others and reposted.

As in the above consequence, when a sext is sent, it is permanent in cyberspace, your child will lose all control over the image. People can share it, copy it or use it to bully them.

An example of sexual bullying is called slut-shaming, which disparages and condemns women and children for their behavior that is not under social norms. Attackers will rely on these text messages and images to bully your child, defame, embarrass him/her, badly affecting his/her performance at school and relationships with friends.

Worse, some other malicious predators may use sexting images to impersonate your child.

At the moment when your child decides to send his or her nudity, your child can be blackmailed later. There have been many cases where the recipient of an image repeatedly threatened to embarrass the sender.

To preserve their reputation, many young people, after being threatened, will try to give the predators the required money. They are too ashamed to call for help from their family and decide to handle it on their own. When this is too serious, many children become severely psychologically affected, leading to suicide or participating in illegal acts to make money.

Yes, the time the predators being captured sounds enough. But how about the negative effects of sexting on your child? It can last forever. Your child’s nudity or pornography may continue to be circulating, both in the virtual world and in real life, long after they are initially sent or received, which may have a serious consequence on mental health.

If one of the victim parties decides to sue, all parties who are involved, including those who just received and maintained pornographic images or messages, could be charged with child pornography. The worst scenario for your child is that he/she would be considered a lifelong sex offender.

Sending pornography can have negative psychological effects on your child, especially if they are pressured to share pornography and feel ashamed of the act. If such photos are shared with others, sending sex messages could lead to more than just embarrassment. Your child’s social reputation – extremely important during his seventeen years and teenagers – can suffer irreversibly. And your child can be threatened online.

Shame and embarrassment surrounding an ongoing damaged reputation can cause your child to withdraw from families and friends, not to inform you of the situation or ask for help.

Sending pornography to others is never a good idea, no matter how serious and intimate the relationship is. Pictures like this can damage or destroy reputation. For example, the person receiving the photo can brag about them and show them to others. Or they can share them after you break up. This can be humiliating and embarrassing.

It can also lead to bullying and humiliation. People give their opinion about your child just by looking at the pictures. These images can even ruin your child’s online reputation.

For example, your teenage daughter starts having sex with a young man at school. The two started dating and your daughter was asked to either send her or start sending intimate pictures of herself to her boyfriend.

Then, for some reason, your child decides to break up, which leaves a bad ending for the guy. A burst of anger, the feeling of ego being underestimated, the boy your daughter is dating sends some sensitive photos of your daughter (she voluntarily sent it to him) to a group of his friends.

Or even worse, your daughter’s ex-boyfriend decides to post her photo on a group forum – website, Facebook group, SnapChat, WhatsApp – and your daughter’s most intimate moments are being Teen groups, maybe even adult viewing.

This kind of lover revenge can leave dire consequences on your daughter.

Ruined future relationships are also one of the severely negative effects of sexting on children. According to a recent study in Norway, among 1,000 teenagers aged 14-17, sexually active teens experience 4 times more physical violence as adults.

If your child is of a gender-curious age, tell them about the potential threats of the virtual world. If your child is a teen and you haven’t discussed sexting yet, you need to take action now. Educating your child can not completely solve the whole problem, it may only help them pause before sexting. 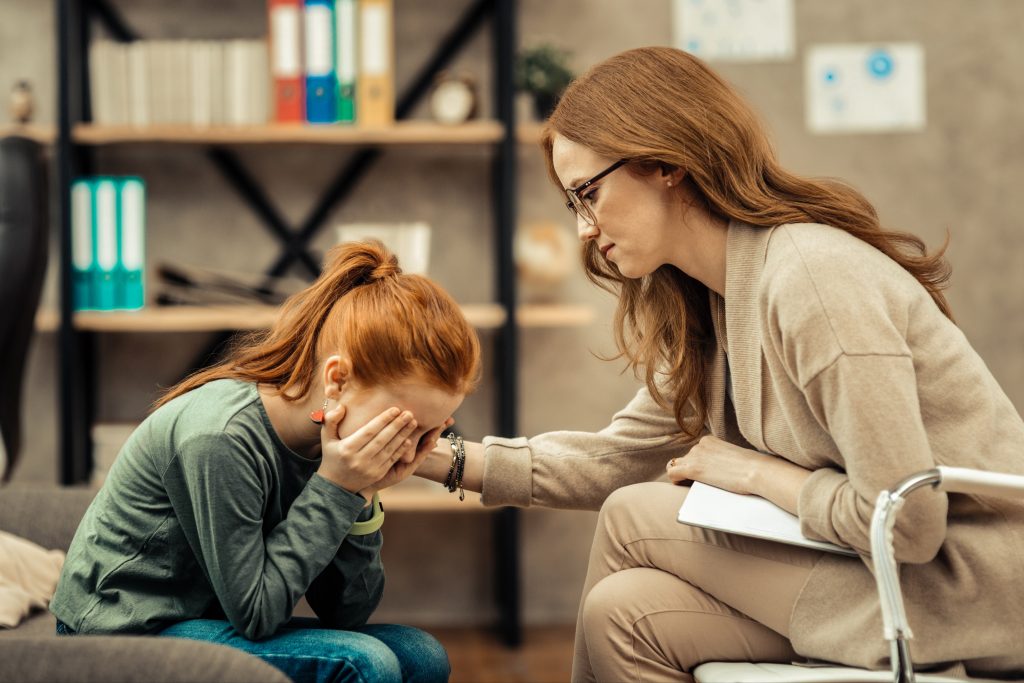 The point is you have to create a friendly environment where your kids can lay trust in you and whenever they feel unusual or curious about somethings, you will be their first choice. And this is a huge opportunity for you to prevent any harmful thing which might seriously occur later.

We hope the article will give you a clear view of what teen sexting is and how it affects your child. Every Internet threat appears everyday, so make sure you educate and update yourself fast enough with us (through UNICEF, UNDP, etc.) to keep your kids a safe online environment. Also, you can read more about what sexting is, signs your child is sexting, why is sexting bad, what to do if daughter is sexting.

In addition, staying home during COVID-19 and using the Internet regularly puts your child at a very high risk of exposure to pornography and other types of inappropriate content such as drugs, accidents, gore, terrorism, murder, etc. Therefore, many parents are now using free online content filtering tools (not just a free blocker extension) to reduce the risk of their children accessing harmful content, but without infringing on their children’s online privacy.