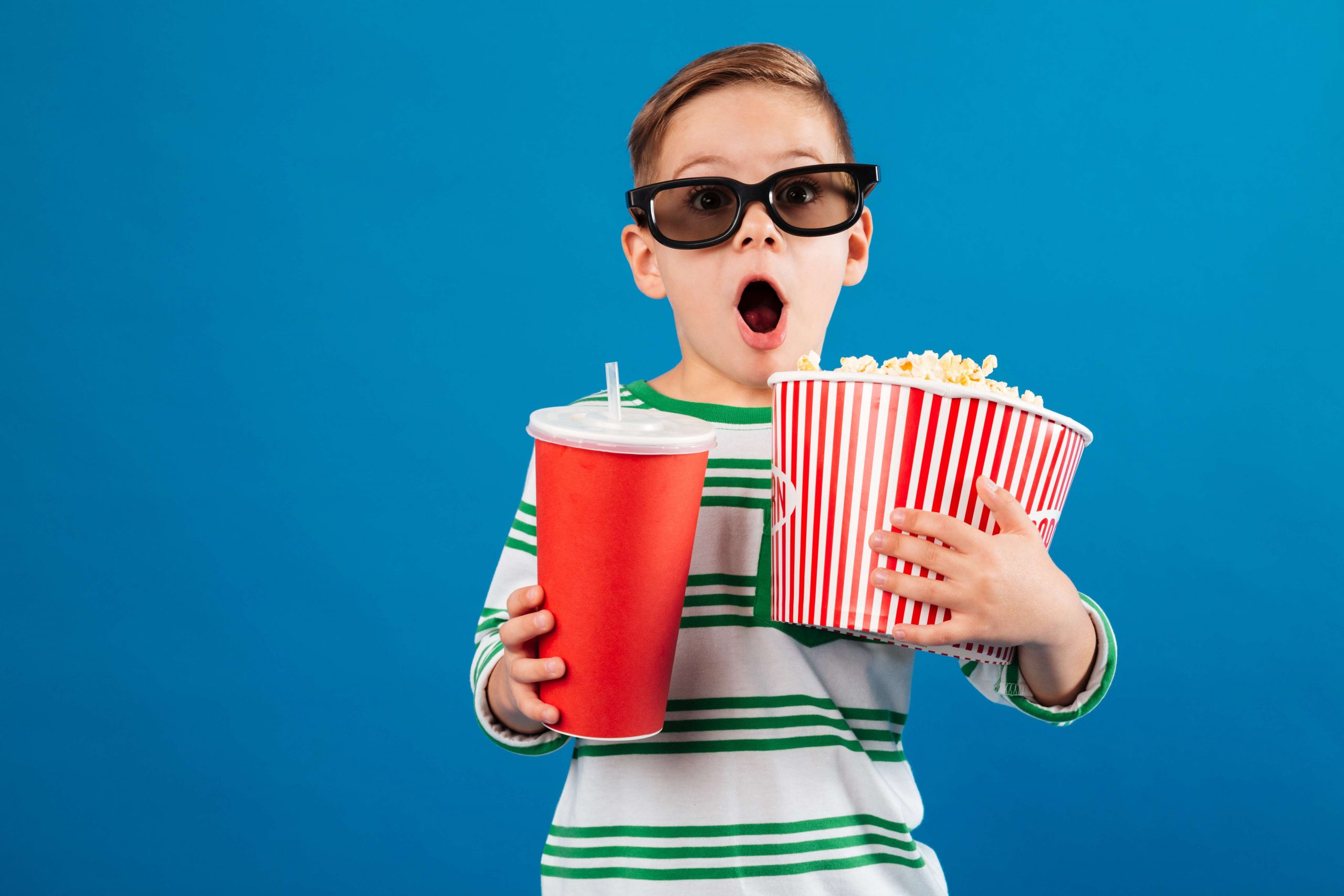 To ensure the healthy development of your children, as parents, you need to understand what Movie ratings for kids mean and whether you should believe in this movie ratings system or not? The truth is that even movies with the same ratings released in the same year can have a difference in the quantity and potentially offensive content.

According to the Motion Picture Association of America (MPAA), G-rated movies can be widely released and suitable for anyone of any age. Movies rated G must not have any content related to nudity, sex, violence, substance use. 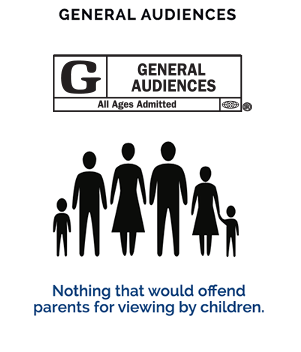 Some language passages in movies may go beyond polite conversation but are acceptable because they are common everyday expressions. No more “strong” words have appeared in G-rated movies.

Rating PG (Parental Guidance Suggested): May not be suitable for children

A PG-rated film requires parental guidance when viewed because some images and language may not be appropriate for children such as vulgar language, violent scenes but in low frequency, but absolutely no scene of using or abusing substances like drugs. 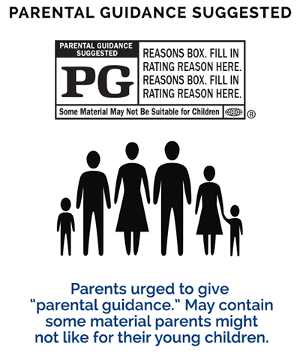 However, for the MPAA, PG is a movie that requires parental guidance, but you still can see this is inappropriate content for your child and it is up to you to decide whether your child should watch it or not.

The PG-13 rating is a strict rating system warning against parents to determine whether their children under the age of 13 should watch the movie, as some footage may not be appropriate for them. Remember that this is the age of entering puberty with many certain changes in the body, children are very easily affected by inappropriate content in movies such as marijuana.

Compared to PG ratings, PG-13 films have many topics, languages, images related to violence, nudity, sexuality, adult activity or other factors, but not serious enough to be rated R. Any initial substance use will require at least a PG-13 rating. Even short nudity shots will be required to be at least a PG-13 rating, but nudity in a PG-13 rated movie will not be sexually oriented in general. 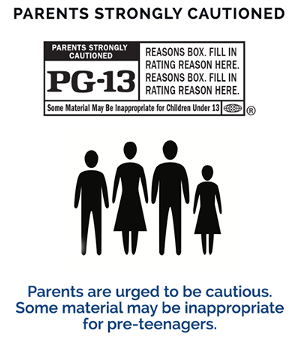 There can be violence in a PG-13 movie, but not extreme or persistent violence. The use of words that are related to sexuality, although only explanatory, requires at least a PG-13 rating. More than one word becomes R rating.

Rating R (Restricted): Under 17 years old must be accompanied by a parent or adult.

Children under 17 years are not allowed to watch R-rated cartoons without their parent or guardian. In the opinion of the rating board, an R-rated film contains certain images, adult footage, vulgar language, intense or persistent violence, sexually-oriented nudity, abuse of drugs or other factors, so parents are advised to take this rating very seriously. 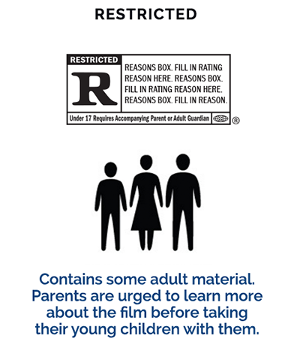 Movies are rated NC-17 when it contains a lot of hot scenes, adult scenes and serious levels above R, it is not intended for subjects under the age of 18. However, an NC-17-rated film is not meant to be “obscene” in the ordinary sense and should not be construed as a negative judgment in any sense about the film.

Simply NC-17 signals that content is relevant only to an adult audience. It can be based on violence, sex, unusual behavior, drug abuse or any other factor that most parents would consider inappropriate and as a result, their children are not admitted. 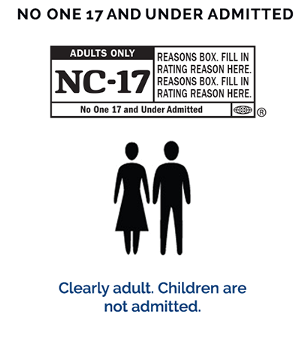 Tips for parents to choose movies for kids

Make your own movie ratings system

Movie ratings system for kids gives parents important information about a movie’s content, but in the end, it is up to you to decide whether the movie is appropriate for your child or not. Use the movie ratings system as a reference to set your own standards.

Learn about movies through reliable sources

Understand how the movie ratings system works and read its content carefully to make sure it contains the type of content you are comfortable showing your child. Take advantage of helpful parental resources for movie reviews, online movie resources to learn more about movie ratings for parents, understand the right type of content for each rating category, and consider whether is it right for your child or not. 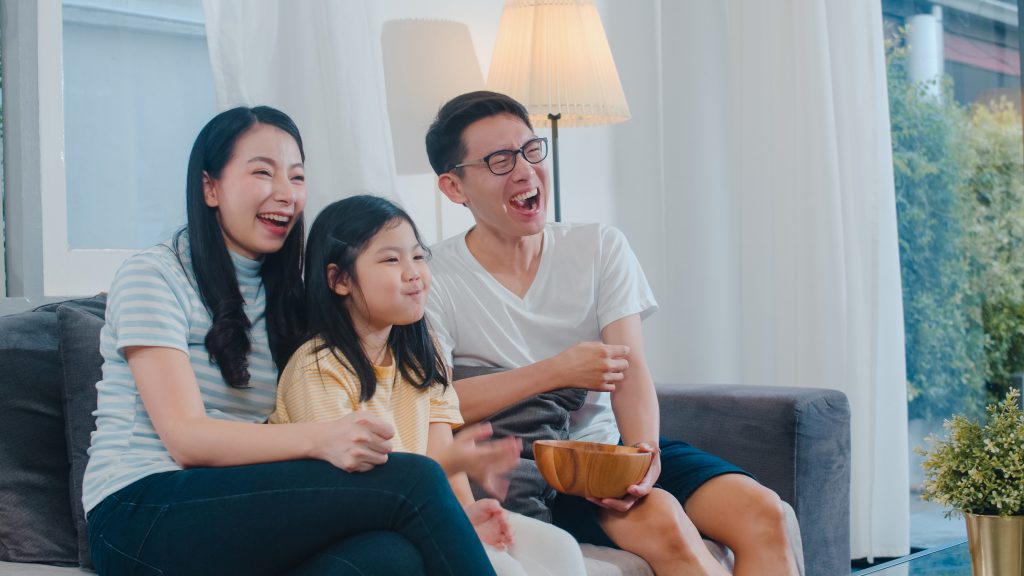 Given the large amount of media that children are exposed to, it is impractical and impossible to preview and pre-screen everything your child considers watching. So, instead of previewing the movie, directly watching with your child, you have to experience it for yourself because there are images on the film that are considered normal for one family but negative for another. Watching movies with children also reinforces family values ​​and the relationships between members.

Movies are a whole new world for children to explore and learn, your role is to ensure that their journey through the new world is a positive and rewarding experience. After watching the movie, discuss content with your child that will reinforce positive values ​​and come up with things they should not be imitating, such as smoking scenes. Use watching movies with your child as a means of educational support.